To have their own children after cancer treatment: state of art

Main > Clinics and Institutes > Gynecology > Information > To have their own children after cancer treatment: state of art 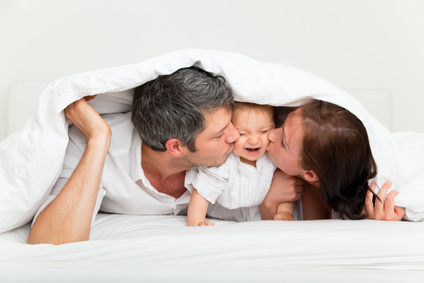 “Thanks to the progress in the field of reproductive medicine, today there are various methods for the preservation of fertility (the ability to reproduce offspring),” explains MD, head of the Clinic of Gynecology, Mammology and Senology at the Clinic of Solingen.

The focus of doctors is to advise patients on the preservation of fertility before the planned treatment, for example, before the operation, chemotherapy, radiation, which are often carried out as part of cancer disease therapy, because they can cause such a side effect as the patient’s inability to deliver/conceive in the future. 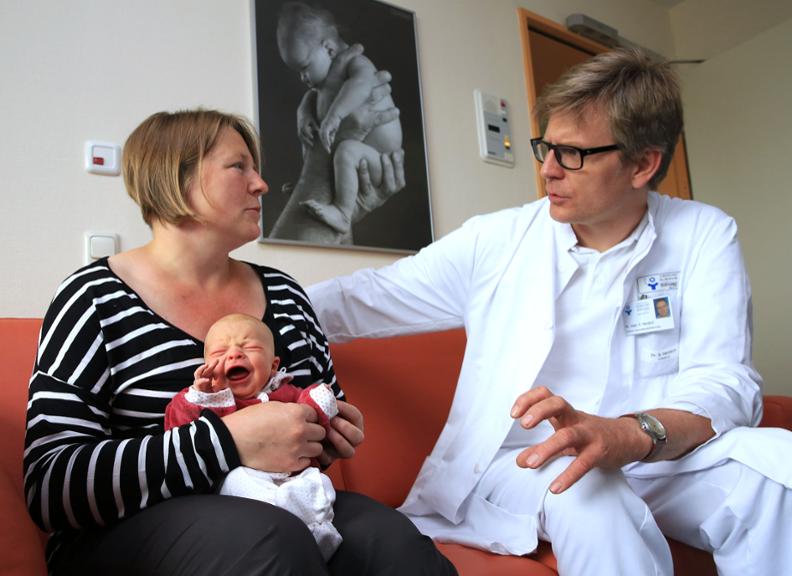 Dr. Hentsch, chief doctor of the Clinic of Gynecology, Mammology and Senology at the Clinic of Solingen, is a competent specialist in the preservation of reproductive function after cancer treatment.

“Since studies of scientists on the damage to the ovaries and testicles due to the effects of various types of chemotherapy still have unambiguous results, especially in the case of women, there is still a need for further intensive clinical and scientific research,” notes Dr. Hentsch, head of the Clinic for Gynecology, Mammology and the Senology of the City Clinic of Solingen. In the future, every patient in the reproductive age before and after therapy, during which the embryonic cells are affected, (gonadotoxic therapy) should receive advice on her fertility. In addition, a new task for doctors is also the large-scale provision of effective treatment methods aimed at maintaining fertility.

Since treatment methods aimed at maintaining fertility are not yet standardized in part, their effectiveness is highly dependent on the optimal technique of application, so we need to comply with the standards and requirements of the quality control system, and participate in scientific reviews.

To maintain fertility, doctors have different methods that, depending on the planned treatment, can also be combined.

Before chemotherapy and/or radiation therapy, ootids, embryonated or unembryonated, can be frozen (cryopreserved). Cryopreservation of unembryonated oocytes or ootids embryonated by extracorporeal fertilization and/or intracytoplasmic sperm injection are recognized techniques of reproductive medicine, which are also used to preserve fertility in patients before cytotoxic therapy (chemotherapy).

In order to freeze a sufficient number of oocytes (unembryonated and/or embryonated), ovarian stimulation is required, which can be performed at any point in the cycle, and also in a period of about two weeks.

Sampling and transplantation of ovarian tissue

Before chemotherapy or radiotherapy, it is possible to take and cryopreserve (freezing) ovarian tissue, and later, in case of loss of ovarian function, it can be transplanted. Since the amount of cryopreserved tissue is small, sometimes transplants remain active only for several years. Therefore, transplantation is only intended for the temporary regeneration of the function of follicle formation for the purpose of fertilization/pregnancy.

Before chemotherapy and/or radiotherapy, ovarian tissues can be frozen (cryopreserved). Cryopreservation of tissue before cytostatic therapy is an increasingly recommended technique for maintaining fertility since the first births after ovarian transplantation in 2004 in the world and in 2008 in Germany. After curing the primary disease, cryopreserved ovarian tissue can be defreezed and transplanted into the preserved ovary or into a tissue bag near the ovaries.

Gonadotropin-releasing hormone agonists are medications that temporarily prevent the release of luteinizing and follicle-stimulating hormones in the pituitary gland, which usually activate the maturation of ootids and the production of hormones in the ovaries. Disabling the mechanism of hormone production in the ovaries should reduce the susceptibility of ovarian tissues to chemotherapy and thereby reduce the likelihood of their damage. Critical discussions have been held for a long time on the use of gonadotropic releasing hormone agonists. As a rule, agonists of gonadotropic releasing hormones are injected under the skin with injections in the form of a one- or three-month supply approximately one week before chemotherapy. In the future, the introduction is repeated as often as necessary to preserve their effect throughout the course of chemotherapy.

Movement of the ovaries

The purpose of moving the ovaries is to maintain their function, despite the planned radiation therapy. In this case, on the one hand, the goal is the preservation of hormone production, and on the other, the possibility of getting pregnant after the oncology therapy is over.

The effects of radiation therapy on its effect on ovarian function are significant. Since their scale depends not only on the dose, but also on the distance from the ovaries to the field of irradiation, displacement of the ovaries is advisable in the event that the targeted pelvic irradiation is planned (and not irradiation of the entire body).

The scale of the damage to the ovaries due to irradiation can be well assessed by the definition of anti-Mullerian hormone. The decision to move one or both ovaries is taken individually, and depends, first, on the expected lesion. The results of the movement of the ovaries before irradiation depend on various factors and are difficult to assess. In one review study, the mean efficacy (= preserved function of the ovaries) in 80% is indicated. However, the results of individual studies vary between 17% and 95%. The factor of influence on efficacy along with the age of the patient is also the additional chemotherapy.

A sufficiently high location of the ovaries after their rapid movement is the decisive factor for this procedure, since only about 10% of the irradiation dose remains active at the distance of 10 cm from the irradiation field. Important one is the exact coordination of the procedure between the surgeon and the radiologist before the planned movement.

In general, one can proceed from high efficiency of ovarian movement in relation to the preservation of their function. On the other hand, the cases of pregnancy after irradiation are not very frequent. This phenomenon has a variety of reasons, for example, changing the life planning after recovery or abandoning artificial insemination, which is often necessary. Irradiation of the uterus can also reduce the chances of pregnancy, says Dr. Hentsch.

To sign up for an appointment or get a free consultation with Dr. Hentsch, you can contact the office of the service of foreign patients at our hospital:

We have Russian-speaking staff!