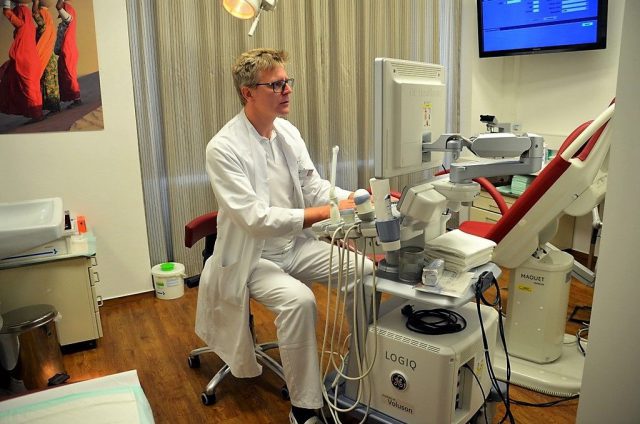 Every year about 7.400 women in Germany get ill with malignant diseases of the ovaries. These are mostly women aged around 60 years; however, this disease can occur in very young and older women.

Ovarian cancer in most cases is diagnosed at later stages and is an insidious disease, says the chief doctor of the Clinic of Gynecology, Senology and Mammology of the City Clinic of Solingen, Sebastian Hentsch, MD. “At the time of the initial diagnostics, the tumor cells, because of the characteristic type of ovarian cancer, have already spread from the surface of the ovaries/fallopian tubes throughout the abdominal cavity (especially in the peritoneum, that is, the peritoneum), explains the doctor.

Nevertheless, even in case of diagnosing the disease at the later stages, one should remember: “Ovarian cancer is not a death sentence yet,” Dr. Hentsch encourages. “Thanks to the new therapeutic approaches, the survival figures have improved significantly, it is always worth fighting with the disease that can be life threatening.” In addition, with ovarian cancer, a suitable treatment can bring great success, we can already see it in the case of carriers of genes with mutations," he notes.

Changes in the BRCA genes

To date, there is good news for women with ovarian cancer who have a tumor associated with a genetic change (a mutation in the gene BRCA1 or BRCA2). These tumors can be treated with PARP inhibitors (poly(ADP-ribose)-polymerase)”. Approximately, in every fifth to tenth patient with ovarian cancer, the change in high-risk gene BRCA1 or BRCA2 is responsible for the onset of the disease. Signs can be found in a family history of the sick women. “There is just an increase in the incidence of breast and ovarian cancer in the family,” explains chief doctor Sebastian Hentsch.

“Moreover, a woman who inherited the mutation of the BRCA gene can completely prevent ovarian cancer by prophylactic removal of the ovaries and fallopian tubes,” the doctor explains. This intervention is recommended to be performed at the age of about 40 years after the completion of family planning or five years before the onset of the earliest of cases in the family. To prevent too early menopause, women can receive hormone replacement therapy (before the entry into the age of natural menopause in about 50 years). The condition here is that a woman does not have a previous cancer of the mammary glands.

Along with classical chemotherapy, a new therapeutic approach can be used in the initial treatment of oncological ovarian disease, for example, using an inhibitor of angiogenesis, which slows the growth and creation of new blood vessels. The main method of treatment is surgery and subsequent chemotherapy (six cycles of combined chemotherapy with the use of Carboplatin and Paclitaxel). In the operation, it is important to remove all the tumor tissues completely. “This often requires extensive surgery,” explains the doctor. Diagnosis of the disease in later stages is usually associated with an increased risk of recurrence and metastasis. “All treatment programs should be determined by experts and accompanied by ancillary activities, such as consultations with a specialist in the field of psycho-oncology,” says Dr. Hentsch.

To date, there is no effective method for early diagnostics of ovarian cancer. Regular transvaginal ultrasound examination in combination with the detection of the CA125 tumor marker level to date have not helped in detecting ovarian cancer at the early stage. However, since early diagnostics of tumors probably can help improve the prognosis for this disease, in this area, current scientific research is performed.

Sick patients can receive consultation in the Clinic of Gynecology, Senology and Mammology of the City Clinic in Solingen, which is the leading Clinic on these issues. At the end of the consultation, the patient can undergo a genetic test, for which the usual blood sampling is sufficient. If one of the two BRCA genes reveals a gene change (mutation), then there are prerequisites for treatment with PARP inhibitors.