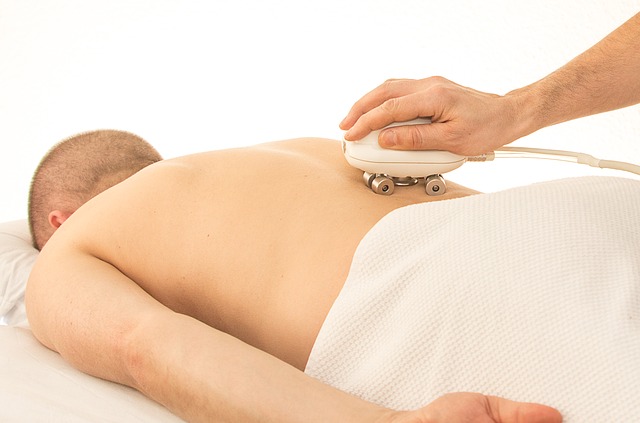 The operation is an extreme measure

Strong, stitching pains that occur suddenly: this is a symptom of a herniated disc. In this case, physiotherapy and drug treatment help, so that the need for an operation is absent.

Those people who sit a lot, load their body with only one hand, too little or wrong move, increased risk of developing a herniated disc. This process contributes to the natural aging, which occurs with age. Pain in the hernia of the intervertebral disc is different from normal back pain, which occurs due to loads.

“For example, when raising boxes with drinks, very often there is an acute herniated intervertebral disc,” says Reinhard Schneiderhan, an orthopedist from Munich, president of the German League for Spinal Treatment.

Intervertebral discs, which are a kind of buffer between the vertebral bodies, consist of a fibrous ring that holds the intervertebral disc in its natural position, as well as the gelatinous nucleus. Therefore, for example, when lifting a box of drinks under certain circumstances, an already damaged fibrous ring may burst, and the gelatinous nucleus protrudes outward. After that, it presses on the nerves in the vertebral canal - it causes pain and can lead to the appearance of other symptoms.

“Strong, stitching pains in the back can indicate the presence of a herniated intervertebral disc. Tingling and numbness in the arms and legs can also be a warning signal,” says Dr. Schneiderhan. “This also applies to the phenomena of paralysis. In such cases it is necessary to see a doctor within two to three days”.

“There are also herniated intervertebral discs that are visualized in images of magnetic resonance imaging, but they do not cause any pain in patients,” says Bernd Kladni, deputy general secretary of the German Society for Orthopedics and Traumatology (DGOU).

In which cases is the hernia an emergency?

In addition, there are urgent cases: “If the patients cannot control urination or can no longer hold the stool, it is necessary to perform the operation for six hours,” says Kladni. Also, the operation is recommended in the presence of pronounced phenomena of paralysis, which are associated with an increased risk of falling.

“In all other cases, you can conduct conservative treatment,” – says Mr. Kladni. “As a rule, for patients this means that they must take anti-inflammatory drugs and pain medications, or they receive medications in the form of injections and infusions. In addition, they must protect themselves, but, nevertheless, with the help of physiotherapy they must again get used to the normal movements of everyday life and strengthen stability in the area of the torso”.

In many cases, the condition of the herniated disc is improved by conservative treatment, as the swelling and inflammation decrease over time, so that the pressure on the nerves becomes less. However, this is not always possible.

The length of treatment at six weeks, Dr. Schneiderhan calls “critical magnitude”. At the end of this time, the following questions should be asked:

Mr. Schneiderhan explains the various possibilities of conducting the operation: there is, for example, a minimally invasive method. At the same time, through the spinal catheter directly to the affected area, either anti-inflammatory or anti-edema drugs are injected, or excess tissue is reduced by means of a laser. With surgical intervention, the neurosurgeon works either directly in the area of the intervertebral disc tissue and removes it, or the operation is performed through a special hollow tube.

When deciding whether to or against the operation, the patient, in any case, should receive additional specialist advice (second opinion). “You cannot make a decision in a hurry, and also succumb to persuasion,” – says Dr. Schneiderhan. Mr. Kladni clarifies that one should not panic at the thought of an operation, however, do not underestimate the seriousness of the situation. Any kind of anesthesia is associated with certain risks, and with each surgical operation there is a danger of complications. Experts are critical of the fact that in Germany, too often operations are performed with a herniated intervertebral disc.

Rosita Breuer has undergone many operations: laser treatment, strengthening of vertebral bodies, removal of screws and stabilizing structures. Moreover, add to this stay in rehabilitation centers, analgesic and physiotherapy. However, it is not just the treatment of the herniated disc: many people do not want to admit this, but pain also affects the mental state.

What she really helped is the exchange of information and experience with other patients. For this reason, 13 years ago, she founded a self-help group for patients with spinal diseases in Bautzen. Along with personal meetings, Ms. Breuer receives calls from victims from all over Germany – there are not many self-help groups for people with herniated intervertebral discs. Ms. Breuer advises in the presence of doubt to consult a therapist.

Doing sports as a means of prevention

According to Michael Preibsch from the German Society of Physiotherapy, it is possible to prevent the development of herniated intervertebral discs. Often problems with the muscles occur long before this. The muscle groups are too strong and do not stretch well, like, for example, hip flexor muscles. Other muscles, for example, abdominal muscles, are rather weaker and cannot sufficiently stabilize the back. With the help of purposeful training, this problem can be eliminated. Some exercises for the abdominal muscles, for example, swinging the press, train, first, the muscles-flexors of the hips - rather increase the imbalance. "Therefore, it is at the very beginning of preventive training that training is very important,” Mr. Preibsch says.

It is necessary, if possible, to avoid an incorrect load, such as prolonged sitting. This includes, according to Mr. Preibsch, such habits of everyday life as the habit of holding the phone near the ear by the shoulder while working or constantly moving the head forward towards the monitor due to incorrect glasses.

Movement is a fundamentally important factor in the prevention of herniated intervertebral discs. “It often happens to those people who do not usually work very hard physically, and then decide to make repairs in the house,” says Preibsch. He recommends such sports as jogging, walking with sticks, cross-country skiing and cycling. An alternative may be yoga.

Get a professional diagnostics and advice on what treatment to choose for your case of an intervertebral hernia, you can in our clinic. It is recognized as one of the best in Germany in the treatment of this disease. Contacts.