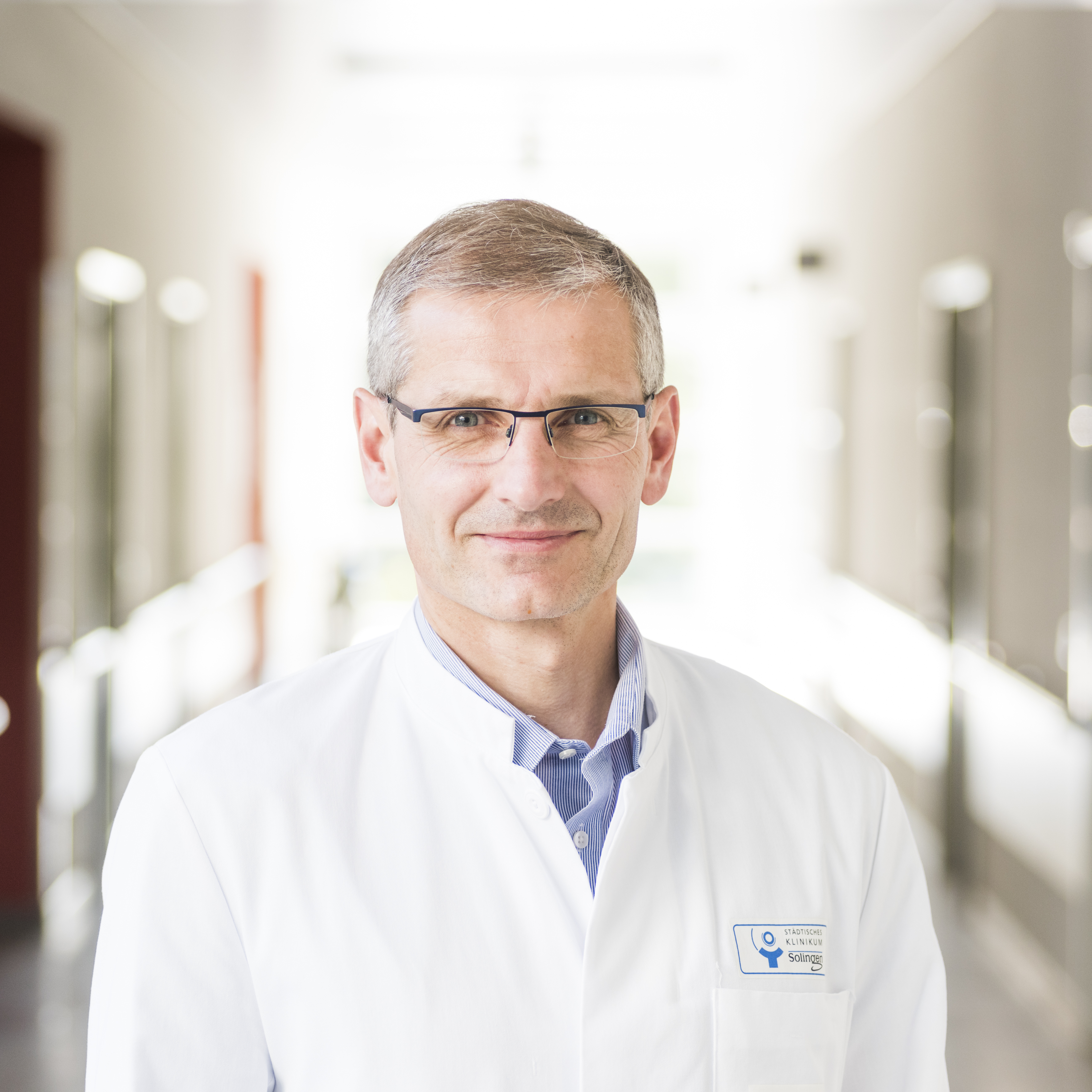 1993: Ph.D. defense at the Institute of Biochemistry of the Rhine-Westphalian Technical University in Aachen (with honors).

1994 – 1995: Work as a practicing doctor in the field of general surgery and traumatology in the Julius Hospital in Würzburg.

1995 – 1996: Military service as a captain of medical service at the Institute of Pharmacology of the Armed Forces of the Federal Republic of Germany

1996 – 2001: Internship on the specialty “Surgery” at the University Clinic of Essen

2001: Specialist in the field of surgery

2002: Senior doctor of the Clinic for Traumatology at the University Clinic of Essen (Professor Nast-Kolb)

2004: Obtaining the qualification of a trauma doctor

2004: Defense of doctoral thesis in the field of surgery at the Duisburg-Essen University

2008: Specialist in the field of orthopedics and traumatology

2009: Head of the Department at the Clinic for Traumatology and Hand Surgery at the University Hospital in Düsseldorf (Professor J. Windolphe)

2009: Appointment of a non-staff professor at the Heinrich Heine University in Düsseldorf

2009 – 2014: Deputy director of the Clinic for Traumatology and Hand Surgery at the University Clinic in Düsseldorf

2010 – 1012: Member of the temporary council of the German Society of Traumatology

2009 – 2011: Deputy speaker of the Scientific Council of the German Society for Traumatology (DGU)

From 2011 to the present: Head of the Department of Emergency Medical Care, Resuscitation and Care for Severely Injured Victims of the German Society of Traumatology (DGU)

2015: Chief doctor of the Clinic for Traumatology, Orthopedics and Hand Surgery of the City Clinical Hospital in Solingen

If you would like to consult or get a second opinion from Prof. Sascha Floe, to be diagnosed and treated for your diagnosis - contact us, specialists from the international department, write to us or leave a request for a call back: